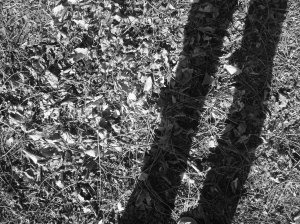 Okay, so the sun sometimes shines in January.

Between sickness and snow, just about every plan I have made for the month of January has been canceled. It’s left me thinking that January is the most useless month of the year. Here’s eleven reasons why:

Admittedly, February isn’t much better. Cold, snowy, more of the same. It is, however, three days shorter, which in my book makes it more bearable and thus better than January. Nuff said.

March is a decent month. Two-thirds winter, one-third spring. Even if March’s version of spring is 50 degrees, it’s still spring and brings the hope of better things to come.

April has a lot to offer: red buds, dogwoods, tulips, forsythia, daffodils… me. Yes, it’s my birth month. Sure, it rains a lot. Sure, there’s a yellow covering over all living and non living things outdoors, but it’s spring time! And gosh darn it and I am going for a walk and going to play outside even if my eyes water so much I can’t see and I sneeze my brains out.

May…ahhhhh…driving with the windows down. May just might be the best month of the year. Not too hot, not too cold, not too much pollen. The days get longer and warmer. Who doesn’t like that?

June, July, and August need no such explanations as to why they are better than January, but for the sake of continuity I’ll offer a few:

Swimmin’ pools and movie stars. Well, swimming pools at least. Back-yard barbeques, vacations, trips to the beach, campouts, hiking, and county fairs. Summer begins and so does the fun.

July starts to get hot, but when you are hanging out at a pool who really cares? The month literally starts off with a bang. We celebrate the Fourth of July by watching green, yellow, red and blue streaks of fire explode in the air after eating hot dogs, watermelon and ice cream. Awesome.

Repeat what I said for June and July (delete the fireworks and insert fire flies).

Is it summer or fall? I’m not sure. Either way, it still looks and feels a lot like summer, which is nice because I like summer. The weather cools a bit but the trees stay green. Not a bad month.

October rivals May for the “best month” status. The wind picks up and the leaves begin to turn fiery orange, burnt red, and golden-yellow. It makes me want to go back to school ever year. Apple pie, wool sweaters, pumpkins, football, chili, Halloween, I love them all. From apple picking, pumpkin patches, hay rides, corn mazes, campouts and wine festivals, there’s always something to do in October.

Even though the leaves begin to fall from the trees this month, the world is still beautiful. The first sight of a barren mountain side or field seems artistic. I had forgotten what it looked like. The days get a little shorter, but in some ways I’m thankful after the craziness of summer. To top it off, every fourth Thursday of the month we gather ’round with our favorite people and take part in a huge feast in which we gorge ourselves with scrumptious home-cooked vittles like Turkey, green bean casserole and sweet potato pie. Nice way to end the month. 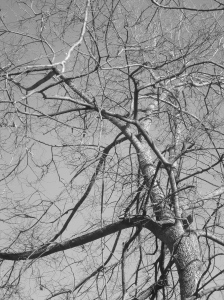 The barrenness that is January

At this point, the prospect of winter is exciting. Bring on the snow and the icicles. I’m ready. I am more than ready. I am hoping, nay, dreaming of a white Christmas. December is filled with four of my favorite things: shopping, decorating, baking and eating baked goods. Oh yeah, and it’s Jesus’ birth month so how can it not be a great month?

Then there’s January. Like Nathaniel I ask, “Can anything good come from it?” Nope. It’s 31 days of no good winter ickyness. Not even New Year’s Day can redeem it. Resolutions are overrated anyway.

If it was just an overcast month. If it was just snowy and 32 degrees every day. But it’s cold, cloudy, polluted with the flu, and riddled with intermittent snow showers that cripple a woman’s plans. It’s too much to bear.

I offer my apologies to all my friends and family who have birthdays this month. If it weren’t for you, I could truly, truly live without January.

12 thoughts on “11 reasons I could live without January”